The Story Of Seals In Modern Day Aircraft 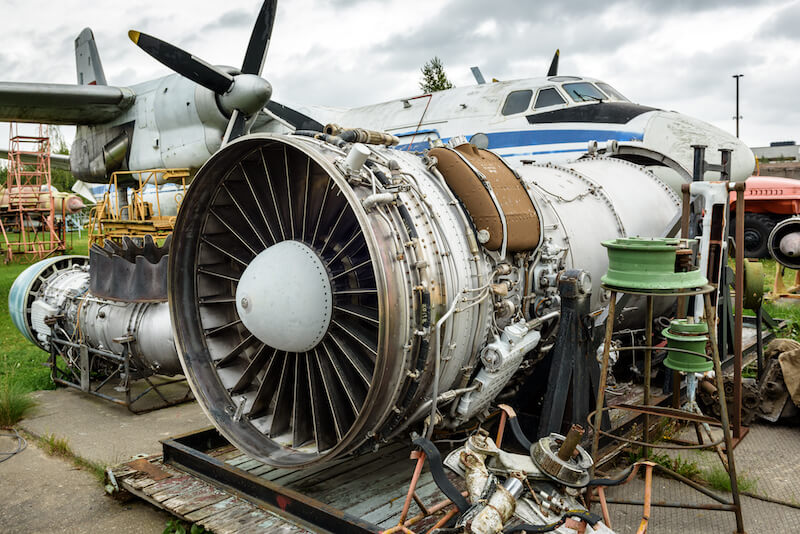 In the last century, commercial air travel has transformed the way we see the world.

What were once far flung, distant lands can now be reached in under a day from anywhere across the globe. And the popularity of air travel only continues to grow.

It’s predicted that the number of airplanes in the sky will double by the year 2032. That means in addition to the demand for more planes, the demand for faster, safer, and more reliable aircraft is driving the performance of new planes to levels never before seen or imagined.

Needless to say, the Wright brothers would be impressed.

But reaching the performance goals required by modern day aircraft designers and manufacturers is no easy task. New aircraft need to be lighter, more fuel efficient, and cheaper to fly than previous generations of planes.

The challenge lies in achieving a high performance, while maintaining a supreme degree of reliability and safety. There are a number of components that help to assure safety, and seals are one of the most important.

But what happens when a part fails to live up to the standards required by the aircraft industry? Disaster can start with just one faulty component.

What Happens When An Aircraft Component Isn’t Perfect?

Sometimes, the failure of a small component can initiate a sequence of events ending in catastrophic failure — like the Qantas flight QF32 taking off from Singapore in 2010.

A small stub pipe carrying lubricating oil to a bearing was machined by the manufacturer with unequal thickness, leaving it misaligned and fragile. When it broke, it leaked oil, which caught fire and softened the spinning turbine blades.

As a result, the turbine blades disintegrated and tore the engine apart. Shrapnel then punched holes in the wing, damaging spars and severing a main fuel line.

This example of a seemingly negligible issue — that of a slight difference in thickness — highlights just how crucial perfection is in the design and manufacturing of parts for use in aircraft.

Fortunately, the pilots managed to turn the plane around and land safely. But this easily could have been a far more dangerous and disastrous situation.

When it comes to the cutting edge in aircraft design and development, aviation consultant and former National Transportation Safety Board member John Goglia claims that “we are pushing the technology faster than at any time in the past.”

Even an old Boeing 737 would have had an extensive list of upgrades and part replacements in its life.

The industry now requires ever-extended lifespans and longer maintenance intervals for components such as flap actuators.

These demands of modern day aircraft may seem intimidating to some. But here at Eclipse Engineering, we meet these kinds of expectations every day with our custom seal design and manufacturing.

With precision engineering, use of the proper materials, and extensive, thorough testing, we’ve become a go-to firm for the aerospace industry’s seal needs. Our seals were even used on the Mars Rover!

We use high-specification elastomers in the creation of all our airframe seals, O-rings and molded parts in order to meet these demands.

One crucial aircraft component in which seals are essential are the hydraulic systems that control the brakes, suspension, flap actuators, landing gear and more. These systems undergo extreme amounts of stress, especially during take-off and landing.

The seals we create for aircraft hydraulic systems are made of durable polytetrafluoroethylene, otherwise known as PTFE, or by its household name of Teflon. This is the same stuff that makes your pots and pans non-stick.

It’s the low-friction property that makes Teflon the perfect choice for seals in hydraulic systems in airplanes. In this application, PTFE outperforms and is more dependable than any other material out there.

As the aerospace industry continues to rapidly develop, it will rely on quality suppliers to support it. A new aircraft usually takes about five years to develop, with a myriad of components to be designed and engineered along the way.

Increasingly advanced solutions are a necessity, and they’re under-girded by the most stringent quality regime of any industries.

It takes the highest quality parts to maintain efficient and safe operation. Precision and accuracy are critical, with machining tolerances getting tighter and tighter with each passing year.

Eclipse Engineering has in-depth experience with the rigorous demands of the aerospace industry, and offers a range of reliable top-quality seals for aircraft and ground-based aviation systems. These include spring-energized aerospace seals, elastomer-energized PTFE seals, and high performance elastomeric seals and O-rings.

The governing AS9100 quality standard specifies extensive requirements for product risk, documentation and product traceability, and it’s something we take very seriously. Thanks to these governing standards that we adhere to, if there is a sealing problem (something that is a very unlikely event), manufacturing can be traced back to the exact second of production, the machine, and the operator, assuring full accountability.