Eclipse Engineering, Inc. > Blog > Technology > The History and Ingenuity of the Buffer Ring: Part 1
Subscribe to Our Newsletter

The History and Ingenuity of the Buffer Ring: Part 1 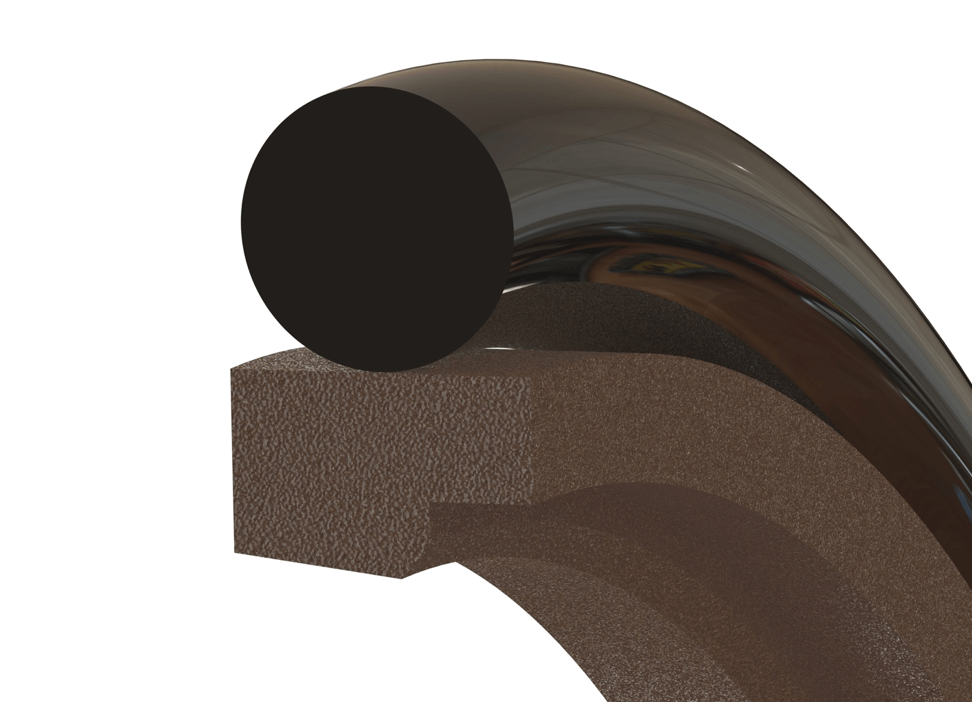 Back in the mid 70’s, an engineer named Roy Edlund of Busak & Luyken designed a high-pressure seal that had an uncommon effect of rocking in the groove. This action occurred when pressure was created on the retract side of a cylinder as the rod was being retracted into the cylinder.

The material used for the seal was generally a bronze-filled Teflon, which could resist extrusion and have a long seal life. Because the seal ring was made from a grade of filled Teflon, a small amount of oil would leak under the lip as the cylinder was being extended.

This seal is commonly called a Buffer Ring (for reasons we’ll explore in this blog), but this seal helped usher Teflon into most high-pressure hydraulic systems today.

Manufactures of high-pressure hydraulic systems in equipment like back hoes or hydraulic cranes found that their products were having seal failures prior to reaching warranty. This resulted in downtime and large warranty expense to repair these cylinders in the field.

In normal operations, the standard U-Cup made from a variety of Urethanes did an excellent job of creating a “near” zero leak sealing system. The problems would occur as the “bulk” oil temperature rose due to usage, pressure spikes in the system would cause premature failure of the Urethane U-Cup.

It was the pressure spikes that usually wreaked havoc with the U-cup seal design, causing the urethane to break down and eventually crack, creating a leak and, more importantly shutting the equipment down.

The Buffer Ring turned out to be the answer. By adding another sealing element in front of the Urethane U-cup, the life of the U-cup was greatly extended, overall friction in the system was reduced, and the bulk temperature in the hydraulic system was lowered.

All these advantages came by adding a sealing element. The true savings showed up in dramatically improving equipment up time, and of course in reducing warranty costs to the equipment OEM.

How Does the Buffer Ring Work?

The answer to this question was initially difficult for many manufacturers to understand, as normally, putting one seal in front of another should cause a pressure trap, sending pressure loads much higher than relief valve settings and locking up the cylinder.

The secret was in the way the Buffer Ring preformed its job.

The fact that the seal leaks is very important to its design. If oil didn’t reach the U-Cup, the U-cup would generate heat and begin to wear out prematurely. So, since the Buffer Ring allowed a small amount of fluid to seep under the lip, this fluid lubricated the U-cup and kept its friction to a minimum.

Being elastomeric in nature, the U-cup did an excellent job of wiping the rod nearly completely dry.

But what about the pressure trap? 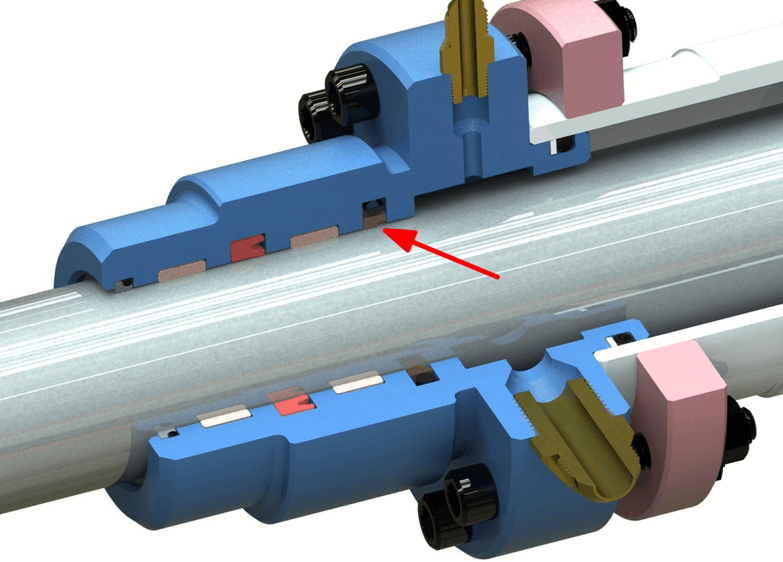 The Buffer Ring and its unique quality allowed fluid back into the system. Testing verified that this would happen anywhere from zero to about 100 PSI.

The U-cup spent most of its life in a well-lubricated, low-pressure, and low-temperature environment compared to the original design.

The Buffer Ring also made suppliers of U-Cups extremely happy, as their failed seal had been given new life compared to the holes blown through the back of their urethane product.

The Buffer Ring started out as a patented product. Currently, the patent held on the Buffer Ring is called The Stepseal®, owned by Trellaborg.
While the original patents have long since expired, the originator continues to make small tweaks to a design that was nearly perfect when it came off the drawing board in the mid 70’s.

One patent model took away the corner heal on the seal, which removed that part of the seal from the extrusion gap. In very high-pressure designs, this was an improvement that the cylinder manufactures appreciated. 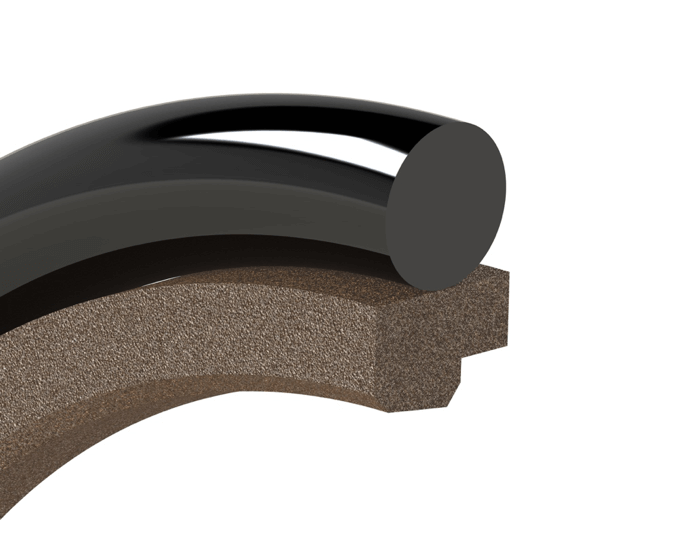 An interesting bit of trivia to include in this story is the use of Square Ring Elastomers vs O-rings.

Because the Buffer Ring is made from filled Teflon, it requires an elastomer to keep it in contact with the rod at low-pressure. In our next segment about the Buffer Ring, we’ll explain why the Buffer Ring is often seen with an O-Ring energizer, but the Square Ring Energizer often is a much better choice.

We’ll also dive into explaining exactly how the oil gets back into the cylinder, and how this unique seal is used in concert with the other elements such as linear bushings.

Buffer Rings like the ones seen in this story, as well as the associated U-cups and bearings, are all available from Eclipse Engineering, Inc.

Eclipse Engineering can help you design a seal package for your specific cylinder be it with standard glands or custom cylinders to meet your specific needs. All of our products are manufactured here in Erie, Colorado.

If you have a question or would like to speak with an engineer, don’t hesitate to contact us »