Eclipse Engineering, Inc. > Blog > Seals > What Are Extrusion Gaps and Why Are They Important?
Subscribe to Our Newsletter

“How much pressure can this seal handle?”

This is one of the most common and frequently asked questions here at Eclipse. The answer to this question depends on a number of parameters and conditions. But the principle limiting factor in the pressure handling of any seal system is the extrusion gap.

Commonly referred to as the “E-Gap,” the extrusion gap is one of the most critical design aspects in any high-pressure application. Seal design, type, and material are all influenced by the extrusion gap and the desired pressure handling capability.

What exactly is an extrusion gap, and why is it so important in the successful design of a sealing system? Let’s find out.

What is an Extrusion Gap?

In terms of sealing systems, the extrusion gap is defined as the clearance between the hardware components. 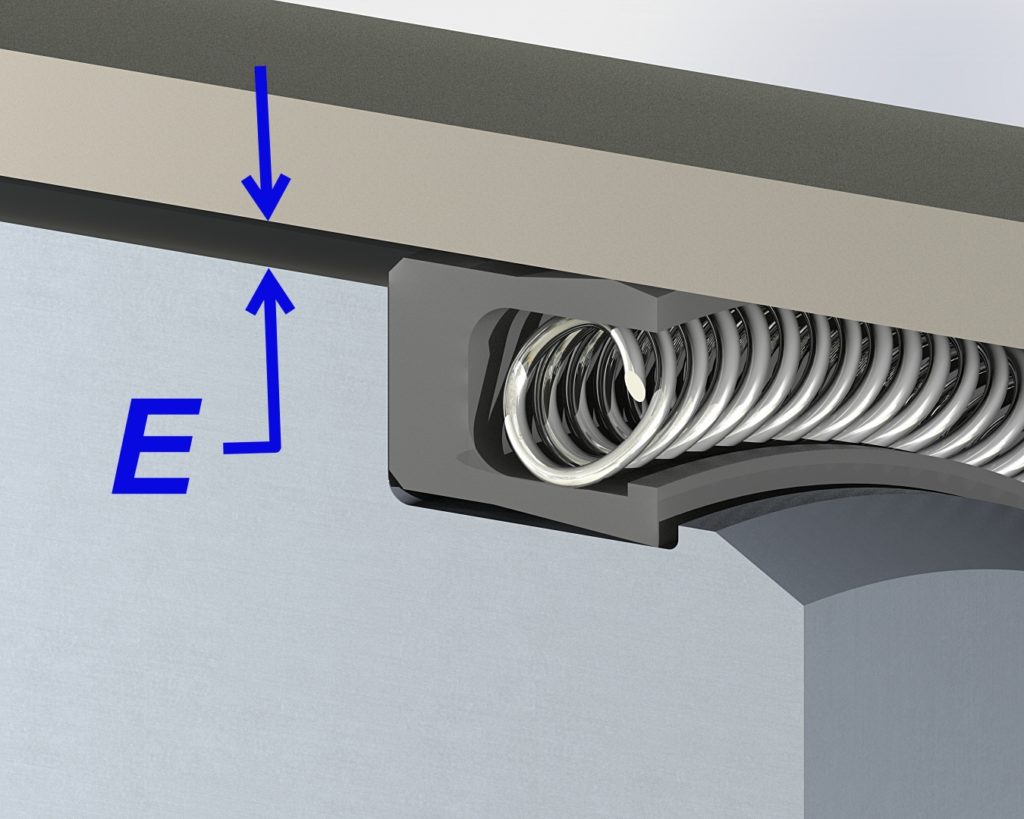 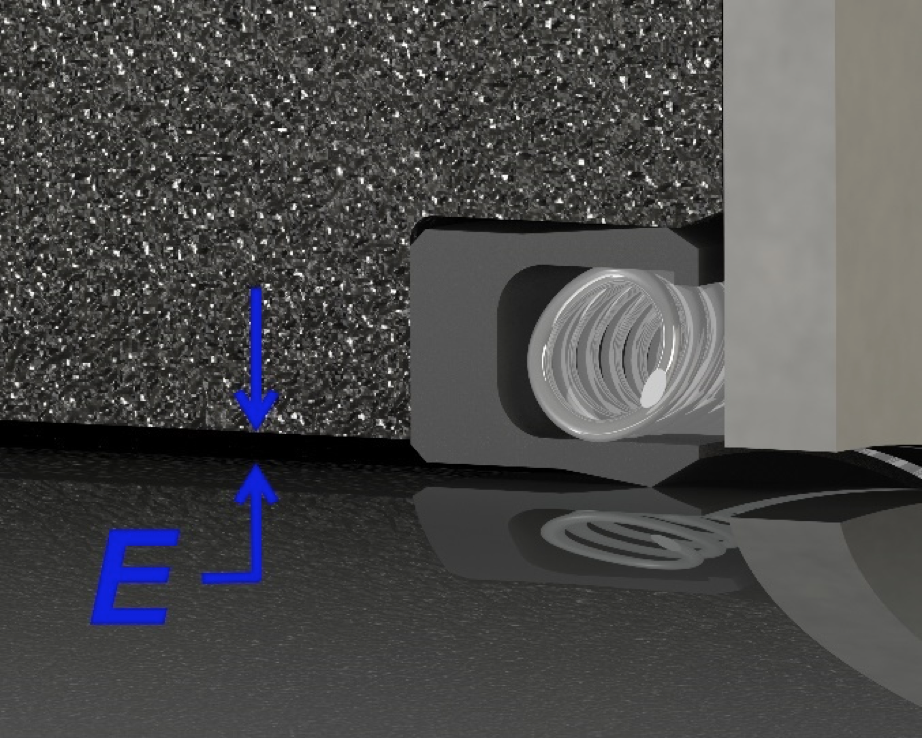 It’s important to note that while hardware components might be machined to have a specified clearance, this gap might not be perfectly realized or maintained.

For example, if a piston OD is machined 0.030” below the bore diameter, a gap of 0.015” per side will only exist if the two components are perfectly concentric and aligned.

Depending on the guidance and load-bearing ability of the system, the piston may fall more to one side of the bore than the other, with the worst-case being no gap on one side, and a 0.030” gap on the other. Therefore, the seal needs to be designed to handle the maximum potential gap, rather than the “print” clearance of the components.

Clearances between mating hardware components are obviously important to the mechanical functionality of any system. But this clearance is also the gap or the space in the hardware that actually needs to be sealed.

Why is it Called the “Extrusion Gap”?

In the sealing world, the radial clearance in the hardware that needs be sealed is referred to as the “extrusion gap” world because the seal extruding through this gap is the common failure mode for high-pressure systems.

In an application where the E-Gap is too large for the system pressure, the seal will begin to deform, and the material will begin to cold-flow into the gap. This will give the appearance of the seal “extruding.” 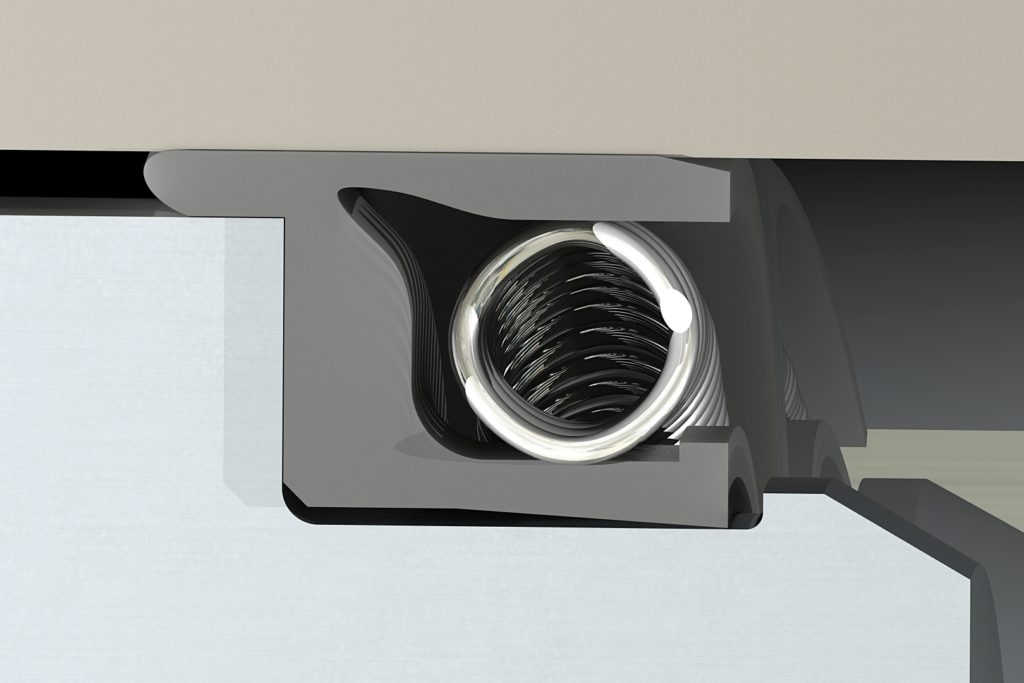 If enough extrusion of the seal takes place, the integrity of the seal will be compromised eventually leading to failure. Spring Energized Seals can be especially vulnerable to extrusion failure as they have a weak zone in the geometry at the lip hinge point.

A simpler seal design such as a seal ring can tolerate larger amounts of extrusion before sealing failure occurs, but other aspects such as seal wear-life might be compromised.

In general, the smaller the extrusion gap, the higher the pressure the seal can handle. 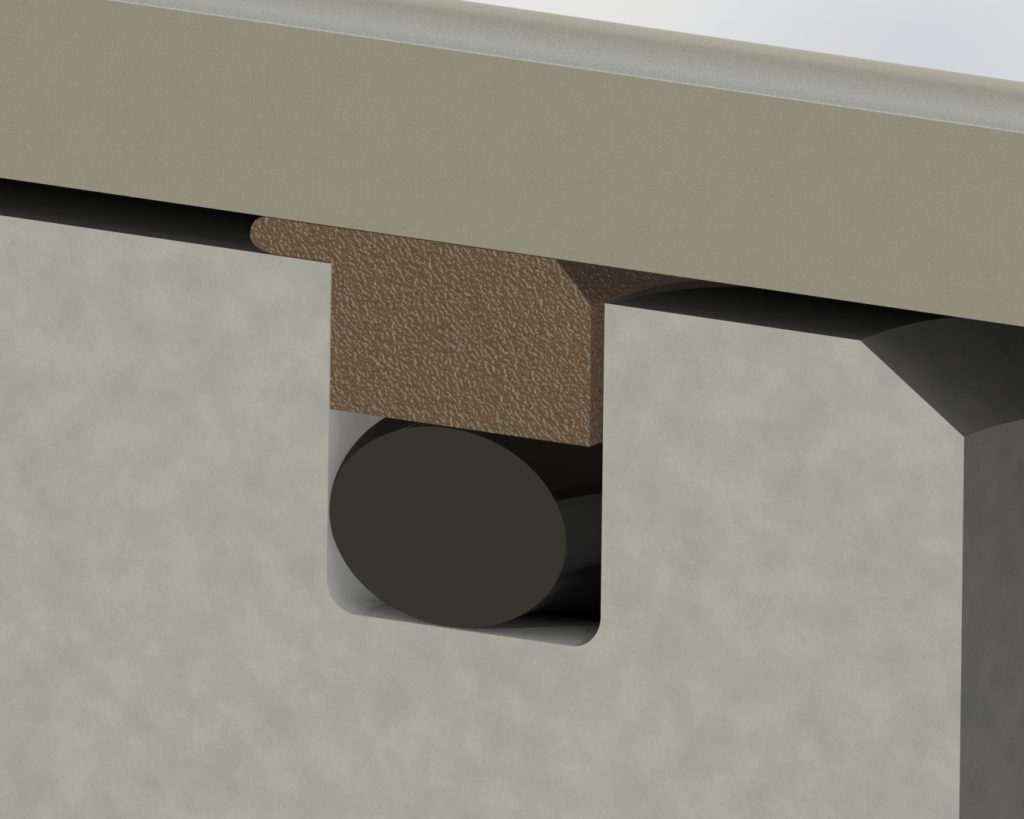 What Determines a Seal’s Extrusion Resistance?

A seal’s ability to withstand extrusion depends on numerous factors. The physical size of the seal plays an obvious and important role — a seal with a larger cross-section will handle higher pressures for a given extrusion gap.

The seal material also plays a critical role in resisting extrusion. Eclipse has a number of materials, such as its EH042 and EU000, that are extremely extrusion-resistant.

In general, if a PTFE-based material is required, the higher the filler content, the higher the pressure handling capability. Blends such as ET019 and EZ032 will offer the greatest E-Gap tolerance range.

The operating temperature of the system can also significantly affect a seal material’s pressure handling or E-Gap requirements. Elevated temperatures make most materials softer and more compliant and therefore easier to extrude.

A seal’s pressure rating at 500°F might be half of what it is at room temperature. Likewise, pressure ratings will be higher at cryogenic temperatures because the material is stiffer and more difficult to cold-flow.

What if My Extrusion Gap is Larger than Recommended?

While it would make the job of a seal designer much easier to always require a minimal extrusion gap, the reality is this isn’t possible or practical in every situation.

There are numerous reasons a larger-than-recommended extrusion gap may be the only option in a system.

As hardware diameters increase, manufacturing tolerances also increase. It may be impractical or cost-prohibitive to require extremely tight tolerances in large diameter hardware. Difficulty of assembly might also be a concern for large, heavy components with close-fitting clearances.

Another very common reason for a large extrusion gap is the use of linear bearings or wear rings in combination with the seal. Often the tolerance stack-up for the bearings require large clearances in the hardware to avoid potential metal-to-metal contact. Bearings are required in most dynamic applications, so the seals will need to handle these larger clearances.

There are several design options that we can employ here at Eclipse to extend a seal’s extrusion gap and/or pressure handling.

In terms of Spring Energized Seals, Eclipse has a standard line of extended heel seals (ECSE, EVSE, EHSE). The extended heel adds addition seal material that must first be extruded, therefore further protecting the critical geometry of the seal. This significantly broadens the pressure-handling ability of the seal, but also requires more gland width in the hardware.

To further expand the pressure rating or extrusion gap handling of a Spring Energized Seal, Backup Rings can be utilized. Backup rings can effectively reduce a large extrusion gap to one that can be more easily managed by the seal.

Using a Backup Ring material such as Eclipse’s EP033: Virgin PEEK will provide a high-modulus, extrusion-resistant material that can be used without risk of galling the hardware.

In extreme pressure situations, multiple “cammed” Backup Rings can be used to even further extend the pressure rating. These Backup Rings are designed to expand or contract when pressure-energized to essentially close the extrusion gap completely.

With no extrusion gap, extreme pressures can be realized by relatively standard types of seals. Eclipse has successfully designed and manufactured seals used with system pressures of 30,000 psi.

Eclipse also has a wide variety of O-Ring Energized Seals designed to handle extended pressures and E-Gaps. Almost every seal at Eclipse is designed and manufactured per your unique application.

Eclipse is by no means bound to standard seal designs or pressure ratings. Our team of seal engineers work to create custom solutions all of the time. Your demanding application will be a welcome challenge to our seal engineering and manufacturing team!