Eclipse Engineering, Inc. > Blog > Seals > How to Control Loads to Allow Fine Adjustments with Seals
Subscribe to Our Newsletter

How to Control Loads to Allow Fine Adjustments with Seals 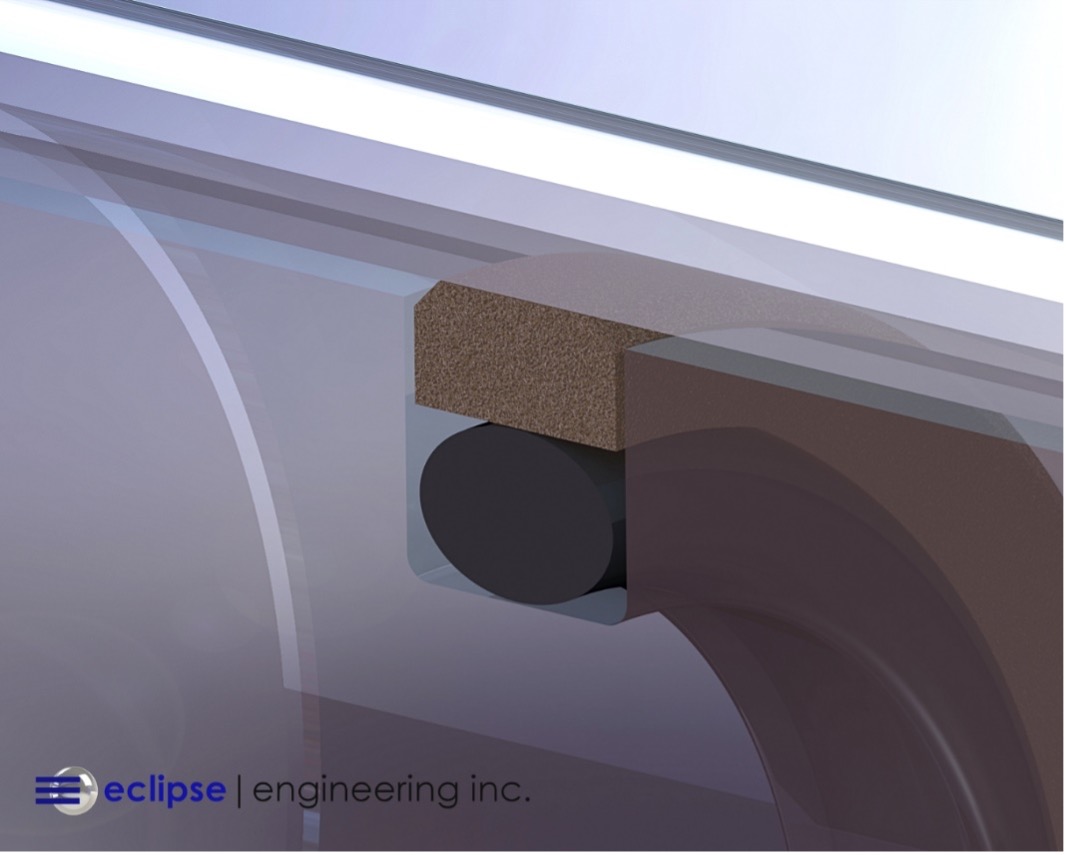 Controlling friction using the properties of Teflon® and adjusting the durometer of an energizing elastomer allows us to adjust the load and control the force the seal applies.

Seals are often used as a barrier or exclusion device. When considering a device that becomes sterilized, seals often protect the internal components of that device.

Some systems require adjustment of the mechanism. Friction becomes a factor when making internal adjustments. An O-ring is always the easiest solution for sealing. But for fine adjustments, reducing the friction allows more control of the device.

The coefficient of friction of a rubber O-Ring is about 1. Teflon is as low as .04. But, the force to move is also dependent on the load from the O-Ring energizer under the Teflon seal.

This force pushing up can be adjusted in 2 methods.

One is simply to reduce the squeeze the O-ring is presenting behind the seal. The second is by adjusting the durometer of the rubber element under the seal.

Reduce the Squeeze of the O-Ring

Making a cap seal thinner takes life away, and at the same time makes it too fragile to easily install a gland. With thicker caps, the cross-section can be reduced, thus reducing the amount of squeeze on the Cap from the underlying O-Ring.

The gland can be made deeper to reduce squeeze. While this results in a lower squeeze, hardware can stop making the groove deeper.

Ensuring there’s enough width in the groove ensures the gland isn’t over-occupied, which often results in a higher squeeze.

As a last line of defense, lowering the durometer even by 10 points can result in a 50% reduction of force from the elastomer. This is generally easy to accomplish in common compounds, but availability may become limited depending on the compound of rubber.

The only caveat to this is to ensure occupancy remains at acceptable levels.

All these options are viable depending on the sealing situation, and what level of seal-ability is acceptable.

But with all sealing applications, we may give up the amount of pressure the seal will tolerate.

It’s possible to make a lip seal, normally used in rotary service, to seal both reciprocating and rotary action.

I’m saving Spring seals and rotary lip seals for another session with the understanding that these 2 forms of sealing often result in lower loads while providing a high degree of seal-ability and changes in gland structure. This isn’t often available due to gland constraints.

Get Started On Your Next Project

Eclipse Engineering designs and manufactures all of the seals described above and more. If you have a project, we have a seal to bring it to life.

We take your ideas and apply them to your hardware to create a solution that fits your unique application.

Ready to take on a new project that needs a seal?

Contact us today to get started on your application >