Eclipse Engineering, Inc. > Blog > Seals > Case Study: How to Form a Combination Seal and Bearing for Limited Space
Subscribe to Our Newsletter

Case Study: How to Form a Combination Seal and Bearing for Limited Space 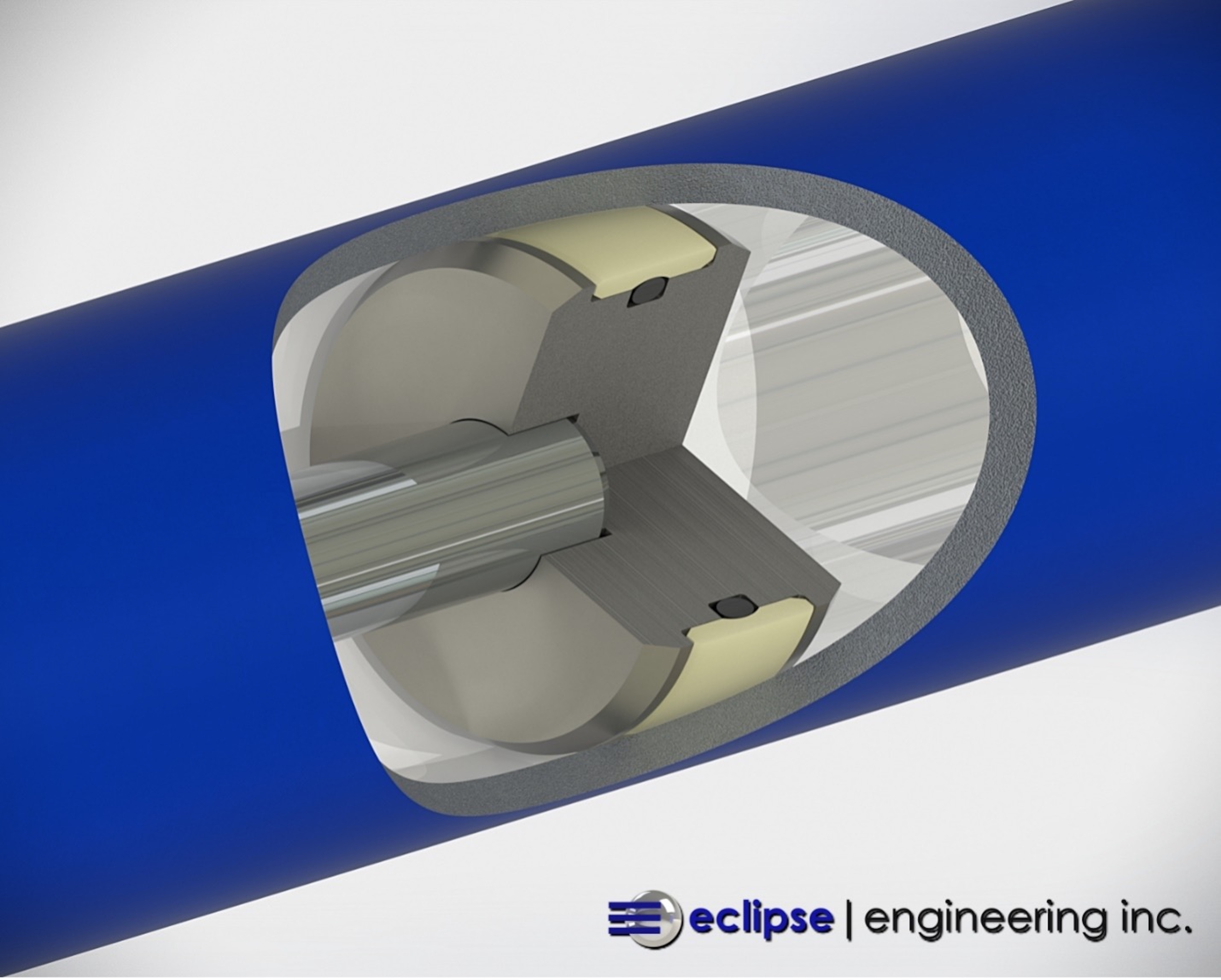 Every day at Eclipse Engineering we’re faced with sealing challenges coming from numerous application requirements and operating conditions — whether it’s extreme temperatures in an oven or deep cryogenics in a laboratory. From radical rotational speed in a one-time use medical drill to half-a-century service intervals in a dam spillway gate.

Difficult seal applications come from all industries and sectors of the economy.

The current sealing configuration was a simple O-Ring in a groove on the piston. While this sealing solution proved to work fine in their preliminary prototype testing, the demands of full production exposed weaknesses in the design.

With healthy demand for the end product, duty-cycles and run-rates far exceeded initial expectations. The O-Ring was wearing out quickly requiring costly down-time to disassemble the machine for replacement.

Worse yet, scoring of the cylinder bore was found after extended hours of running. Without any bearings, the piston was making occasional contact with the cylinder wall over the course of the relatively long stroke. Continued damage in this way would result in the cylinder needing to be replaced. This is a much more costly and time-consuming procedure.

At first glance, this might seem like an easy application for an Eclipse Seal Ring and Wear Ring. While this combination is exactly what the application needs, there was one detail that greatly complicated the matter.

In order to incorporate a Piston Seal Ring and Wear Ring, Eclipse would need more axial room than the current piston allowed. Making changes to the cylinder bore and stroke length to account for decreased volume from a longer piston wasn’t possible.

Eclipse had a scant 0.500” axial length to work with and this was non-negotiable.

Eclipse knew a Piston Seal Ring would be the proper solution to the seal life problem. Having a PTFE interface on the dynamic surface would provide far better wear life compared to the lone O-Ring. Friction would also be reduced up to one-tenth of the O-Ring, allowing for more even and precise control of the dispensing rate.

But resolving the sealing issue would only be half a solution. The guidance problem of the piston would also need to be addressed. With only half an inch to work with, there would not be enough room for both an effective seal and wear ring/bearing in two separate grooves.

In order to fully utilize the space available, Eclipse chose to combine the seal ring and wear ring into one unit, housed in the same groove. The center of the ring would be acting as the energized sealing portion activated by an O-Ring underneath. This segment of the seal cross-section would be thinned out to both control O-Ring squeeze and energy transfer.

Eclipse chose its ET014: Polyimide filled PTFE for the seal/bearing material because it will provide good wear life while being relatively non-abrasive to the customer’s unhardened cylinder bore. 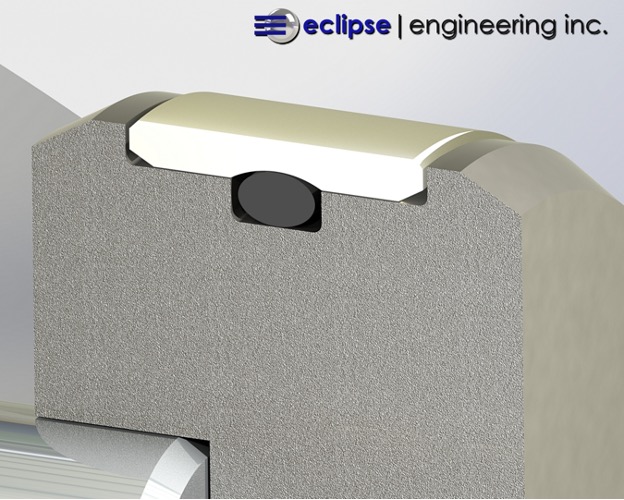 Eclipse’s Seal-Bearing combination proved to be just what the customer was looking for. Wear-life and piston movement consistency were both greatly improved. Unexpected pauses in production to replace the O-Ring were virtually eliminated. Seal replacement could now be performed on a schedule that was at a much greater interval than ever before.

The bearing portion of the seal also proved to do its job. With proper guidance of the piston, metal to metal contact would no longer be an issue. The customer could safely run the machine at full production levels without fear of damaging the cylinder bore and incurring costly downtime.

This was all done with only a minor modification to the customer’s current piston design that they easily incorporated. Without any major changes to the design, the machine functioned properly as intended for long extended runs.

The Seal-Bearing combination is an example of Eclipse’s engineering ingenuity and years of experience put to work. While sealing challenges come in all shapes and sizes, limited hardware space for a seal can often be quite difficult. Eclipse is always up for the next test of engineering fortitude.

Need a seal in a tight spot? Have an underperforming seal and can’t change your hardware? Forget you needed a seal at all? We’re here to help you with whatever challenges you face.

Fill out a Project Request Form >