Eclipse Engineering, Inc. > Blog > Seals > The Pros and Cons of Using UHMW for Your Sealing Application
Subscribe to Our Newsletter

The Pros and Cons of Using UHMW for Your Sealing Application 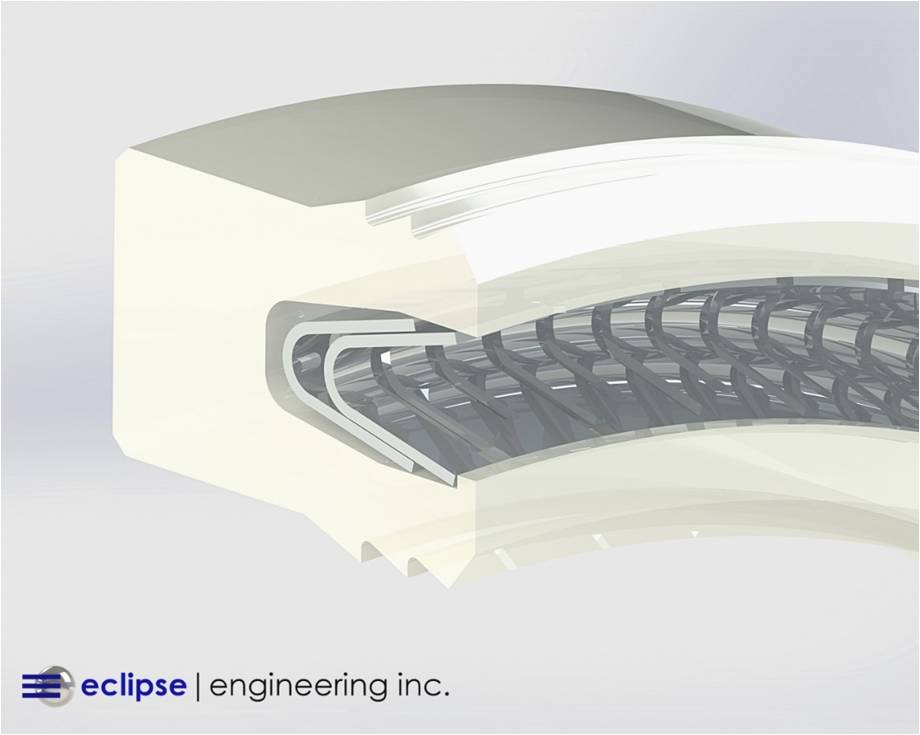 Aside from PTFE and PTFE blends, one of the most used seal materials at Eclipse is UHMW, or Ultra High Molecular Weight Polyethylene.

Polyethylene is the most common and prolific plastic in the world today, utilized in everything from consumer-grade packaging to bags, bottles, and medical implants. It’s available in varying densities, such as Low Density (LDPE), High Density (HDPE), and the aforementioned UHMW.

The seal world focuses mainly on UHMW employing the favorable properties of the added density. Below we’ll discuss the benefits and advantages of using UHMW as a seal material, as well as some of the drawbacks.

The Advantages of UHMW

UHMW has many desirable properties for a seal material. Probably its most notable attribute is its wear, abrasion, tear and cut resistance. If you have a thick, heavy plastic cutting board at home, it’s likely made out of UHMW.

So, you may have firsthand experience with UHMW’s toughness. Any material that you can cleave with a knife resulting in minimal damage will also serve well as a robust seal material.

Compared to even some heavily filled PTFE blends, UHMW’s wear resistance can be more than 10 times better. A seal working in abrasive media can greatly benefit from the properties of UHMW.

While paint might not be initially thought of as an abrasive media, it often contains very hard ceramic and metal oxide particles which can act like sandpaper against a seal. Eclipse’s EU038: Ceramic-filled UHMW is tailormade for such applications providing the maximum amount of wear life possible.

UHMW’s toughness also comes into play in heavy excluding and wiping applications. Media such as resins and epoxy require seals with a heavily point-loaded, leading-edge for scraping. Any wear or loss of this edge gives an opportunity for media to be forced under the sealing lip in a reciprocating application. UHMW’s durability helps maintain the sharp scraping edge for extended service intervals far better than any other seal material.

UHMW’s coefficient of friction is also quite low. While not better than PTFE’s famously low friction, it’s far better than any elastomer or urethane seal material and lower than most comparable plastics such as Nylon or Acetal. This is important when it’s used as a guide or wear ring or in a sealing application where the stick-slip nature of an elastomer is undesirable. In most cases, it can be used unlubricated.

Chemical compatibility or resistance to chemical attack is also an important attribute for a sealing material. While again, not being quite as resistant as PTFE, UHMW rates good or excellent with most media including many solvents and acids. It has low moisture absorption and typically outperforms PTFE in terms of leakage control in water sealing applications. Virgin UHMW also has the benefit of being FDA compliant.

Lastly, UHMW is relatively cheap and readily available. Especially in extruded rod form, UHWM can be less than 10 times the cost of PTFE. In high-volume applications where the raw material price is a significant portion of the final piece price, UHMW can be very economical.

The Disadvantages of UHMW

We have a material that’s very tough and abrasion-resistant, low in friction, chemically compatible, and relatively inexpensive. So far there’s a lot to like about UHMW as a seal material.

Unfortunately, there’s one weakness that rules out UHMW for many applications in the seal world – its temperature range.

While UHMW’s lower temperature limit is quite good (it can be used in cryogenics) it’s the upper limit that often severely limits its potential. UHMW can start seeing reduced properties at 150°F [65°C] and has a continuous operating limit of 180°F [82°C].

While this means UHMW can’t be used in many applications that operate above this temperature, it also largely limits its use in rotary applications. With any amount of rotary surface speed, the interface temperature due to friction between the seal and the dynamic hardware surface can easily exceed the upper limit of UHMW.

This can even be the case if the ambient environment of the system is cool or at room temperature. Since a rotary seal is continuously operating on the same area of the hardware, there’s little opportunity for heat rejection.

Along with this, UHMW has a relatively high coefficient of thermal expansion. This means it will dimensionally shrink or grow along with temperature changes. Because of this thermal instability, it might not be the best material for high-precision parts.

The thermal limitations can also make the machining of UHMW challenging. Due to localized heating while cutting, a part may dimensionally change drastically after it has stabilized to room temperature.

UHMW is also notorious for “chip wrap” while machining. This is because the chip, or material being cut away, stays in a long continuous strand rather than breaking off. (But, by all means, leave the machining to us!)

Is a UHMW Right for Your Application?

Have a reciprocating application sealing viscous or abrasive media, that’s operating at ambient temperatures? If you’re not already using a UHMW seal, there may be an opportunity for significant improvement in both wear life and sealing performance. 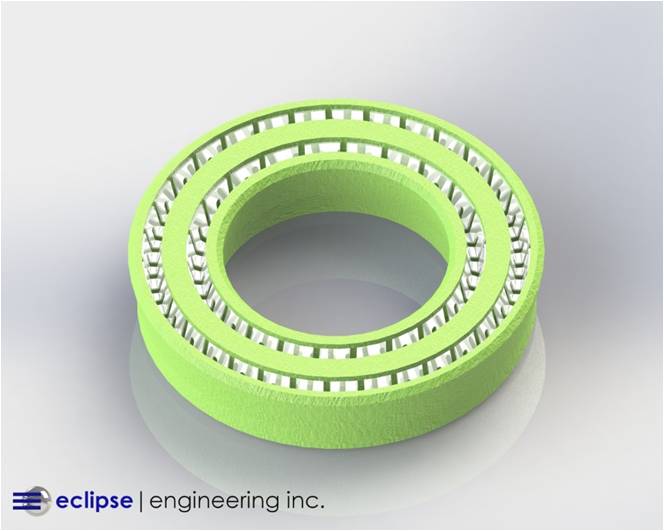 While not right for every application, UHMW can work wonders in certain situations.

Eclipse’s decades of experience in both the design and manufacturing of seals can ensure the best possible sealing solution is implemented. Whether it’s UHMW, PTFE, or something beyond, Eclipse has you covered.

Fill out our request form for your custom sealing application >