Eclipse Engineering, Inc. > Blog > News > The History and Ingenuity of the Buffer Ring: Part 2
Subscribe to Our Newsletter

The History and Ingenuity of the Buffer Ring: Part 2 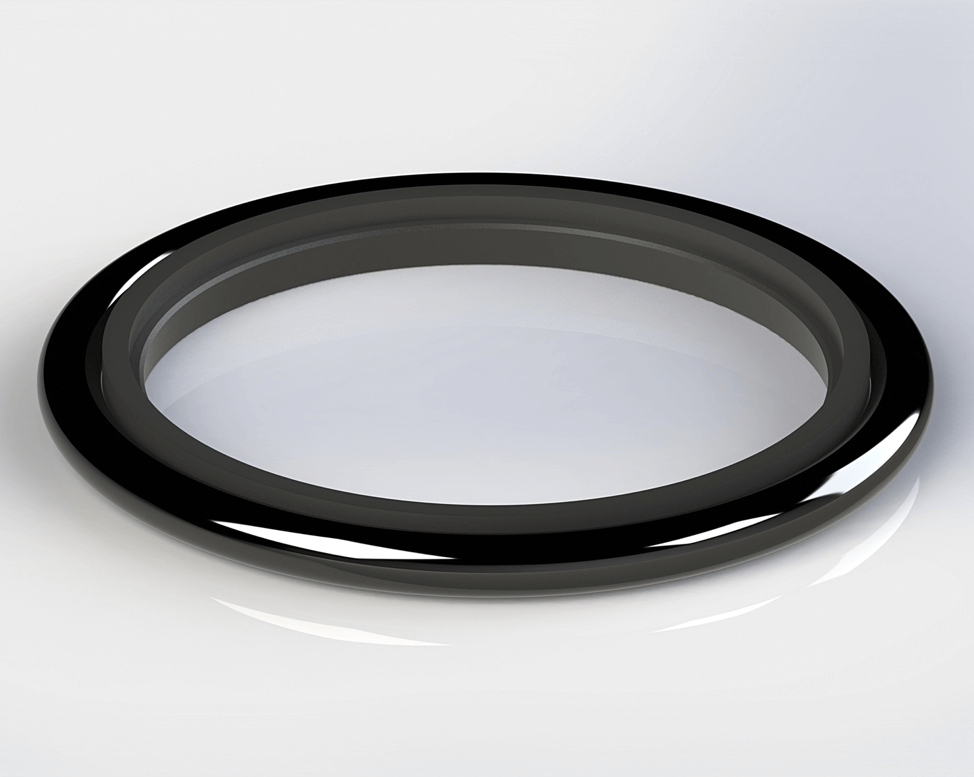 In the 1980’s, the Buffer ring began to gain notoriety and speed in the market place. The product sold well due to the fact that customer satisfaction was greatly increased by adding a component into the sealing system.

While the cost to manufacture went up, the overall performance of the hydraulic cylinder was dramatically improved with lower operating temperatures, no stick-slip of the rod, and quieter operation. But most of all, the Buffer ring created a dramatic reduction in warranty costs — all by adding a sealing element into the rod gland.

Buffer rings can be manufactured as piston seals, but two would be required to operate in both directions. Normally, a small amount of leakage across a Teflon Piston seal is acceptable, as this occurs internally within the cylinder.

The Buffer ring was originally produced in Germany, and was designed to be used with an O-ring.

When the design was tested in the US, the designers soon discovered that a square ring energizer provided about 30% more load, while reducing the amount of leakage dramatically as the cylinder moved out.

The glands for the Buffer ring had already been established for the product, so the original industrial design employed a square elastomer with a reduction in width to accommodate the occupancy of the square ring and buffer seal.

This design change allowed the stacking of two Buffer rings without a Urethane U-cup, and a double-acting wiper to allow for the leakage to re-enter the cylinder under the two Buffer rings.

The system could be run in a clean environment without a wiper. However, a small amount of leakage would occur over time. Since these hydraulic cylinders were typically used in the construction trade, a wiper was a normal part of the system.

Back to the Square Ring

A small battle went on between the Germans and Americans as to which design proved to be more efficient. The Germans seemed to have a bit more clout, as this was their design. The two parties eventually reached a compromise by adding more squeeze to the O-ring to improve the seal-ability without the use of the square ring.

The primary reason for the compromise was that square rings were not readily available in Europe. The “not invented here” syndrome set in, which created a solution that eventually was accepted by both sides.

From my experience as a designer, the square ring will continue to be my first choice. Over-squeezing the O-ring shortens its life span. But in these sealing systems, a secondary seal is always present, so premature failure would never cause a catastrophic failure.

How Does a Buffer Ring Work? 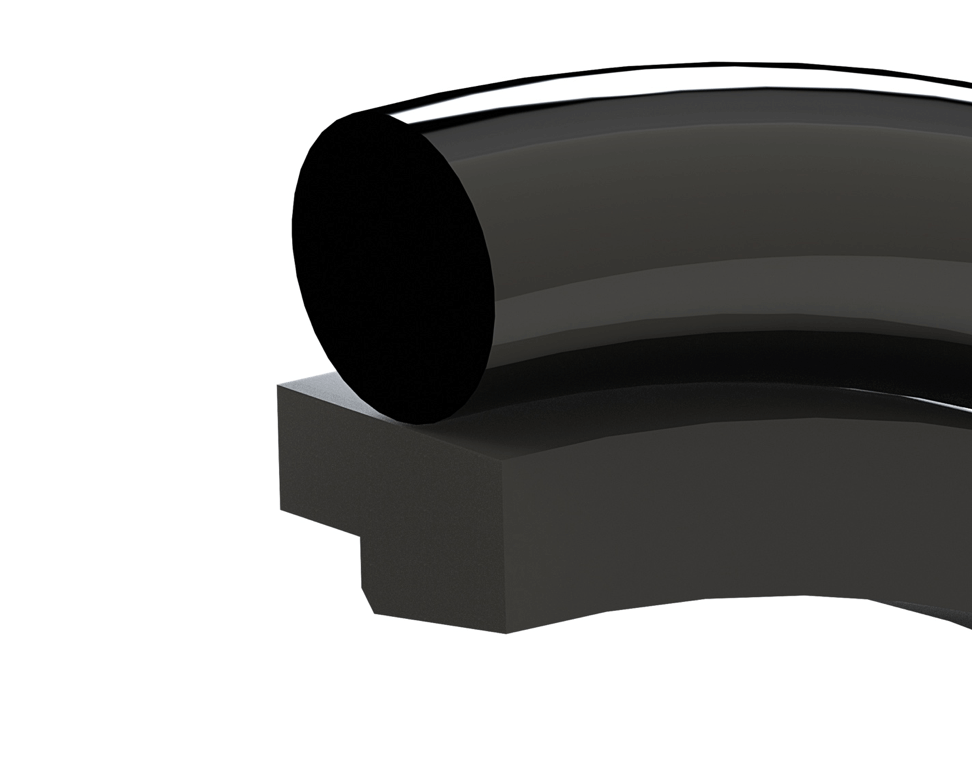 As usual there are two schools of thought about how a Buffer ring works. Before we dive into these different approaches, let’s look at why the seal leaks in the first place.

A Teflon Piston seal is a simple cross section of Teflon presented to the bore. The corners are chamfered for ease of installation.

We know that if we make very long chamfers with shallow angles, under certain conditions, we can drive the piston seal down, forcing oil over the top of the seal and therefore causing the seal to leak.

With standard edge breaks, the seal does a pretty good job of wiping the bore clean as it seals against the pressure, but some oil will pass under the Teflon and Bore. This leakage occurs due to the surface finish of the Bore. Since this is all internal there’s no concern or reason to cause the oil back to the other side of the Piston.

In a Buffer ring, the seal leaks in a very similar manner. However, when the rod is being retracted back into the cylinder, the buffer ring rocks in the groove due to the back-angle contact side of the seal.

The first theory is that the rocking action decreases the angle squeezing the oil as the rod is pulled in, increasing the pressure at the contact area of the seal forcing the fluid to seek lower pressure which is in the cylinder. The oil literally pressurizes itself back into the cylinder rod section.

The second theory is that the shallow angle like the Piston Seal example above forces oil back into the cylinder due to surface finish, rather than scraping the oil off like the angle breaks on the piston seal.

My feeling is a combination of both of these actions are taking place. However, I believe most of the oil returns do to the increase in oil pressure at the seal interface.

Either argument is very difficult to prove with 100% certainty. But one thing’s for sure, the oil gets back in, and all the advantages of the Buffer ring continue to provide a better sealing system than the standard O-Ring or U-Cup configuration.

Along with a combination of Buffer rings and/or U-cups, a split pair of bushings (normally out of Teflon) provide support for the rod. We’ve found that placing one in front of the first Buffer ring and a second between the buffer ring and U-Cup/Buffer Ring spread the support over a broader area and keep the bushings lubricated.

If, due to side load, more support is necessary, there are other materials besides Teflon which can improve bearing load capability from 1000 PSI to over 40,000 PSI compressive.

Buffer Rings, U-Cups, O-Rings, and bushings from a wide range of materials are all available through Eclipse, and can be designed to meet your specific needs. The Engineers at Eclipse Engineering are ready to help in the design and repair of your sealing issues. Give us a call today »