This case study and Eclipse seal solution is relevant and informative to any marine infrastructure or large diameter shaft applications.

Dam spillway gates needed to be rebuilt for a power station on an 88 square mile reservoir which was originally built in 1968.

Spillway gate hinges generally require seals to keep out airborne water, mud, silt, and debris to prevent corrosion, grinding, or even seizing up. At the same time, seals keep grease inside to ensure the interior dynamic surfaces run smoothly against each other.

These seals are required to function reliably in rugged conditions for as long as 50 years — without maintenance.

Reservoir water levels rise and fall according to the balance of rain input and power generation take-off. Consequently spillway gates need to be raised and lowered at any time of day or night, to keep the water level right without overflowing and flooding. This allows smooth and unhindered power station operation.

While O-rings or Urethane seals have been commonly used for spillway gate hinge seals, Eclipse proposed a more effective solution using PTFE based seals – because of their virtually infinite shelf-life, environmental and operational robustness, and low friction. ET006 Carbon-filled PTFE was selected for its wear resistance and availability in large diameters.

Here is a close-up of the Eclipse seal design: 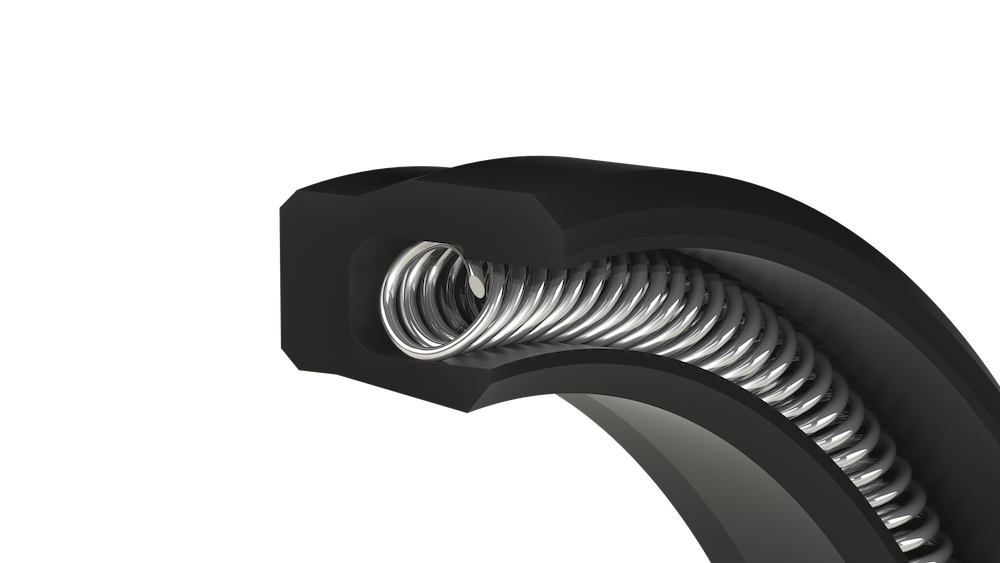 These seals were large-scale — fitting 16” diameter hinge pins, with loose tolerances to allow for rough surfaces. Two seals were needed for each hinge: a spring-energized radial seal on one side, and an o-ring-energized thrust seal on the other side, with a huge 26” diameter.

The Eclipse seal solution has given the client a long clear run of reliable operation into the future.

Contact us to discuss your needs for large shaft seal applications.