Rotary unions are mechanical devices that allow the transfer of a liquid or gas media from a stationary input to an output that is rotating. Rotary unions are found in industries across the board, from compact units in hi-tech robotics to large industrial hydraulic units for construction equipment.

A classic example of where a rotary union can be found is in large hydraulic excavators or backhoes. The union permits hydraulic fluid to be transferred to the track drive system while allowing the cab and excavator arm to pivot 360° about the base.

A more modern application is in large, electricity-generating wind turbines. A rotary union allows hydraulic fluid to pass from the stationary base into the spinning blade pitch control mechanism. The pitch of the blade can be optimized for all wind conditions while in constant motion.

Other industries, including aerospace, semi-conductor, and medical, require smaller, more precise units to transfer gases or cooling fluids. As automation in these sectors becomes more prevalent, unions used in robotic control and movement are continually evolving.When boundaries are progressively pushed, sealing solutions also need to rise to the occasion. Eclipse accepts these challenges and continues to be an integral part of the continual development of future technologies.

Eclipse was approached by a semi-conductor manufacturer looking for seals to be used in a rotary union. The union would be employed in their newly developed wafer processing equipment that would operate in a clean room environment.

With stringent seal life and frictional requirements, the customer knew no standard or off-the-shelf seal would be suitable. This required a custom designed and manufactured seal from Eclipse. 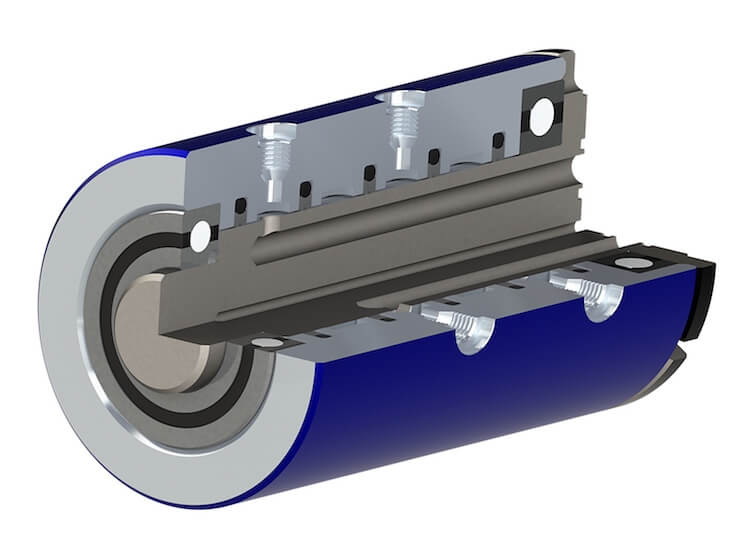 The challenging the aspects of the application would be the low-friction requirements of the seals combined with the needed extended service life. The unit would be operating in a clean room environment, therefore very specific electric motors and drive units must be used.

Any particle generation for the motors must be carefully controlled to meet the clean room standard. Even particulate generated from cables rubbing together could be enough to contaminate the environment, so packaging and containment of the driving mechanisms would be extremely important.

This means simply specifying a larger or more powerful motor to account for friction in the rotary union would not be possible. The strict containment of the units means serviceability of the mechanisms and seals would be limited and costly — creating the need for the longest seal life possible.

The customer’s aim was to utilize a relatively large four input/output rotary union. To achieve this, five internal seals would need to be used to seal the ports correctly. With each seal compounding the friction of the system, this provided an additional challenge to the seal design.

Eclipse makes thousands of rotary seal rings every year, many of which find their way into rotary unions of all types. As part of Eclipse’s standard seal offering, this kind of seal was designed specifically for these type of applications.

A rotary seal ring works best in high-pressure, slow-speed conditions. This is typically the opposite for rotary lip seals, which operate at high surface speeds and little or no pressure.

Eclipse’s standard rotary seal rings are designed with high pressure hydraulics in mind. But a seal robust enough to withstand a 5,000 PSI hydraulic system in heavy construction equipment is not what was needed in this compact and sensitive application.

Whether a standard catalog item or not, all of Eclipse’s seals are made to order. There is no penalty in lead-time for fully customizing and tailoring a seal to meet the customer’s sealing goals. While the catalog rotary seal ring would be a great starting point, Eclipse knew modifications would be necessary to meet the friction and torque target. 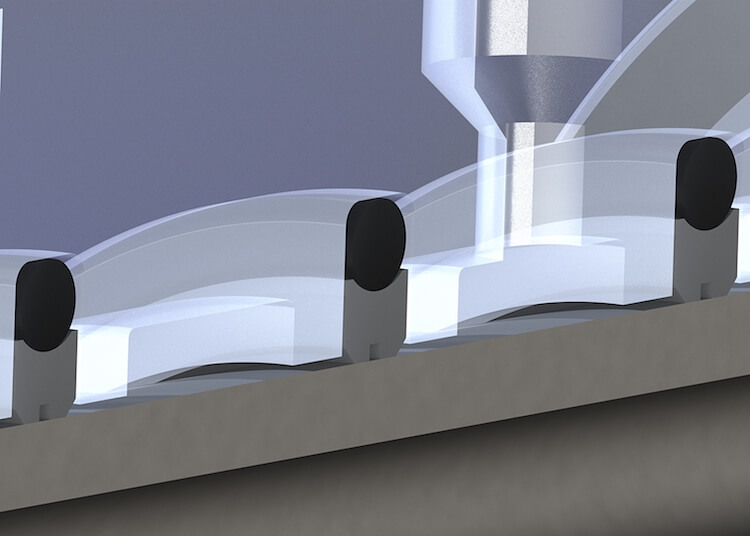 As suspected, Eclipse’s theoretical friction calculations and estimates revealed that a standard rotary seal ring design would indeed require too much torque to turn the rotary union with the customer’s current motor outputs.

At relatively low pressures, such as in this case, the O-Ring energizing the seal still has significant influence on the loading of the seal. Eclipse turned its attention to reducing the O-Ring compression and subsequent load to reduce the friction of the system.

This could be achieved by two methods: reducing the radial wall of the seal ring or expanding the groove depth in which the seal operates. Both methods would reduce the amount of squeeze on the O-Ring and therefore the load translated into the seal.

But with limited hardware space available, Eclipse didn’t have room to deepen the grooves. There would be no choice but to reduce the actual seal cross-section.

This would be a delicate balancing act though. Thinning out the seal would also decrease the amount of physical material that can be worn away. A thinner seal will have less wear life than one of standard thickness. Of course, wear life was one of the customer’s specific goals.

A possible third option of using lower durometer O-Rings to reduce load was also ruled out. The customer was concerned with the possibility of a future requirement to use specialty compound O-Rings in the system.

These O-Rings can be much more limited in the available durometers. Consequently, Eclipse needed to design around the standard 70 durometer O-Ring hardness.

Eclipse’s years of seal design experience allowed us to strike the perfect balance of sealing friction and wear life. 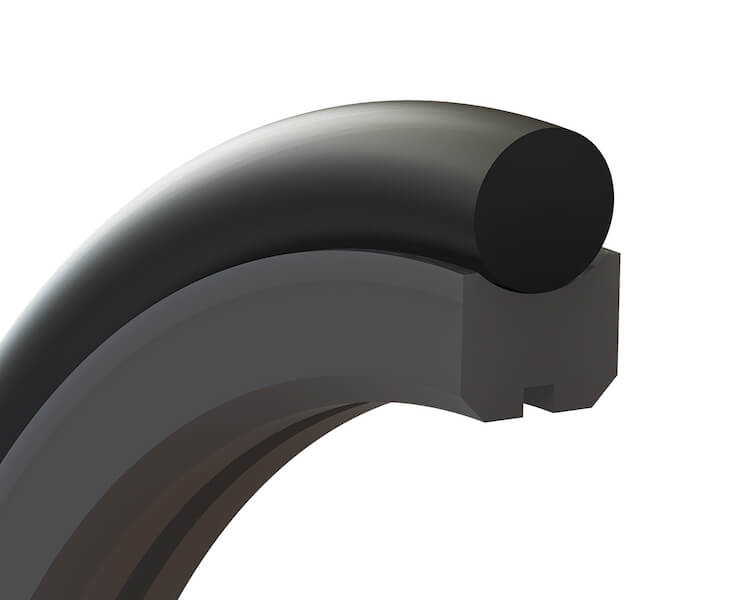 Eclipse chose its ET012: Fiberglass/MoS2 filled PTFE for the seal rings. ET012’s combination of toughness from the fiberglass and internal lubricity from the MoS2 contributed to the success of the system.

While still being relatively thin-walled to reduce friction, Eclipse’s design was able to meet the wear life requirement as well. The customer was pleased to incorporate Eclipse’s low friction and long-life design in their system.