The space race is on!

While headlines about returning to the moon or manned missions to Mars garner a lot of attention, commercial space launch platforms and services have become increasingly prevalent. 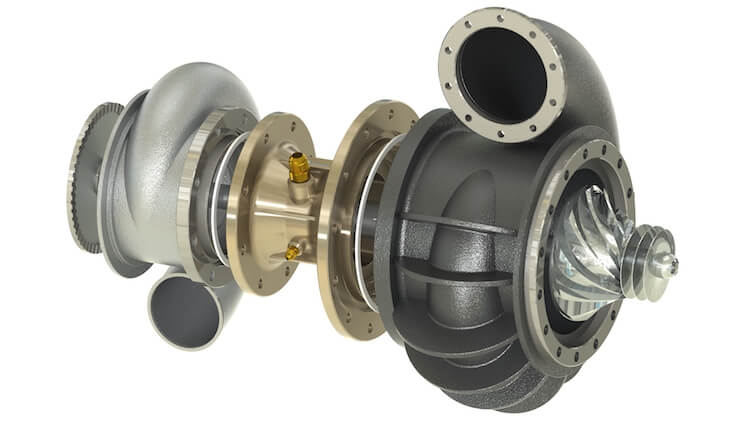 With the ever-expanding demand for services provided by low-orbit satellites, there is no shortage of new launch vehicle requests. The communications, navigation, and weather services most people have become accustomed to are all made possible by the thousands of satellites orbiting Earth every minute.

While safety and reliability remain the top priority of every launch, the success of a launch system has ultimately changed to be decided by one important merit — cost. In fact, the cost per kilogram of payload is often the prevailing factor in determining the commercial viability of a system.

New competition from privateer launch companies in the U.S. — as well as state-run programs from foreign countries around the world — have reset the economics of putting an object in orbit. While technological advancement has never ceased, the main focus has shifted to developments in reducing cost.

Whether it be innovations in performance or production/operating economy, components in the complex launch systems need to adapt to the new challenges. Seals play an important role in the success of a rocket launch, and engineers are increasingly asking more of the sealing systems.

Eclipse was approached by a designer and manufacturer of turbopumps used in rocket engines. A turbopump is used to supply high pressure fuel and oxidizer into the combustion chamber of a rocket. The separate components of the turbopump need to be sealed at their mating points in a static face seal configuration.

Seals are needed on both the fuel and oxidizer sides of the pump. But the oxidizer, in this case Liquid Oxygen (LOX), presents the much greater sealing challenge due to the cryogenic operating temperatures.

Finishes in this range would be considered “mirror-like”, and likely would require secondary grinding, lapping, and honing to be achieved. These operations can be difficult and time-consuming to perform within a seal groove that must be milled — which also adds significant cost.

Being a complicated and precise component, the turbo-pump can represent a substantial portion of the entire launch vehicle’s cost. Any efforts to reduce expenses in this area would have a meaningful impact on the program’s budget.

By forgoing any secondary polishing process in the seal grooves, manufacturing time of the turbopump components could be lessened by a considerable amount and subsequent savings could be realized.

The best achievable surface finish without any secondary processing or operations would be somewhere around a 16µin Ra. While this is effective in terms of potential cost savings, designing a successful seal under these conditions becomes challenging. On top of this, the seal itself would be under scrutiny to be as cost-effective as possible.
Eclipse was nevertheless, up for the task.

When dealing with cryogenic temperatures, a Spring Energized Seal is an obvious first choice. The type of spring used can be decided based on the application though. Eclipse offers three types of springs that can be used to energize seals: Cantilever V-Spring, Canted Coil, and Helical.

Each spring has its own advantages and drawbacks. A Helical Spring is often used in cryogenic applications. It offers some of the highest unit loading of all the spring types. This is very desirable at cryogenic temperatures to ensure the seal remains energized keeping the sealing lips properly engaged and loaded in the hardware.

Eclipse knew that as part of the cost savings efforts of the launch program, the seals would need to withstand multiple assemblies and uses. Helical spring has a good chance of being yielded or taking a set after one installation, so it is typically not recommended for multiple installs.

The other options would be Canted Coil and Cantilever V-Spring. Canted Coils’ relatively light and constant load curve (while great for rotary application) would not be well suited here.

V-Spring was the correct choice, with good point loading and high resiliency to multiple compressions. V-Spring, in most cases, is also the most cost-effective spring due to lower raw material cost and higher run-rates for cutting, welding, and assembling into seal jackets.

With the relatively poor hardware surface finish, spring force would be critical in providing the best seal possible. Eclipse chose to incorporate two nested V-Springs to both increase spring loading and the energized area at the hardware/seal interface.

Turning to the seal jacket, at cryogenic temperatures only a few materials are commonly used. In static situations, typically unfilled or Virgin-grade materials are chosen to ensure the best pliability and conformity as possible.

PCTFE is known for its excellent sealing characteristics and mechanical properties, even at temperatures as low as -400°F. However, this material is also very expensive. 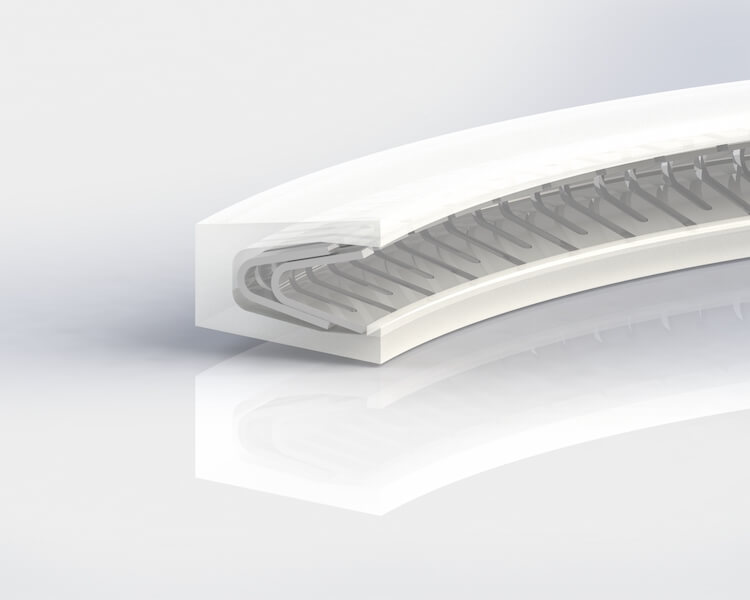 Eclipse chose its ET000: Virgin PTFE for the seal jacket material. While being one of the most simple and common materials Eclipse has available, it would fit all the desired characteristics needed for the application. Good elongation and pliability attributes at low temperatures, as well as, being extremely cost effective.

Eclipse also customized the seal jacket design and geometry. The lip thickness was carefully specified to maximize the spring force energy and maintain flexural capabilities. This was finely balanced with the need for high pressure structural integrity of the seal.

Eclipse’s choice of nested V-Springs and a custom ET000 seal jacket proved to be a winning combination. The seal met the customer’s leakage requirements even with their relatively poor hardware surface finishes.

This combined with a very cost-effective seal itself, helped meet the overall budget goal of the launch system. This positioned the end customer to be very competitive in an increasingly crowded market of options to leave the planet.

Discover other ways Eclipse has served the aerospace industry »