Elastomeric or rubber O-Rings find their way into many applications, whether it be highly technical aerospace equipment or budget-friendly consumer products.

This typically is for good reason: unassuming O-Rings provide a great sealing interface in most situations, are easy to install, and are available on-the-shelf for minimal cost. 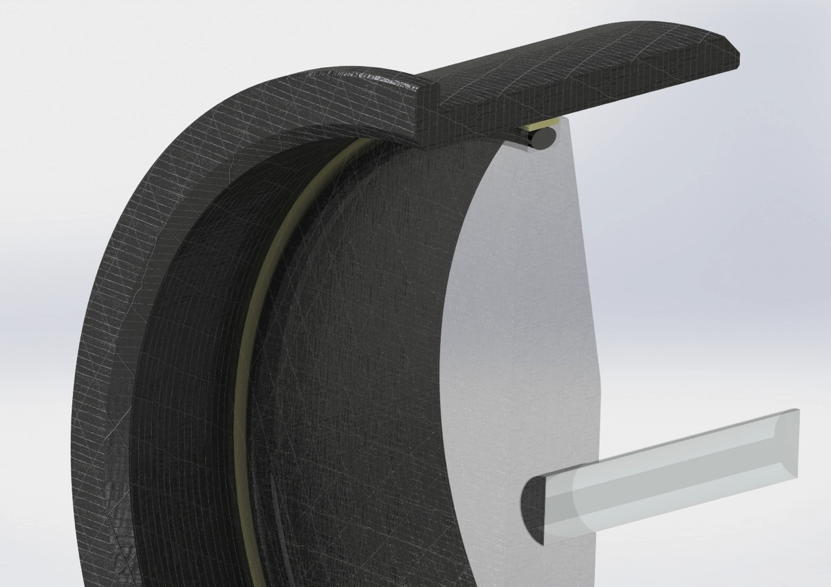 Many projects at Eclipse Engineering start with a customer first using an O-Ring. But if a customer is contacting Eclipse, it usually means either the O-Ring is failing or not performing up to their expectations.

Many circumstances can cause O-Ring failures, such as chemical incompatibility or temperature extremes. In many cases, Eclipse has a PTFE seal solution for the application.

Eclipse was approached by a customer looking for an enhanced solution for a piston seal in their air compressors. They were currently using a carboxylated Nitrile O-Ring as the sole piston seal.

While working satisfactory, there were a few limitations the O-Ring presented that the customer wanted to improve upon.

First, the O-Ring required lubrication in the bore to function. If lubrication was lost or insufficient in the system, the O-Ring would quickly over-heat due to friction and fail. The customer saw this as a long-term liability for their unit and wanted a seal that was capable of dry running if needed.

Second, they wanted to extend the wear life of seal to increase the maintenance intervals of the compressors. Changing out the O-Ring required extensive disassembly of the compressor which meant long down-times.

Fewer required services per year could be marketed as increased productivity for current and potential end-customers.

But the customer’s hardware was already in production, and it was designed around an O-Ring groove. More specifically, the hardware was a fiberglass/resin composite.

There was no chance of the piston design being changed at this stage in of the production cycle. And unlike metallic parts that are machined, a simple programing change is not possible. Eclipse would have to work within the current hardware dimensions.

The fact the bore and piston were a composite material presented Eclipse with its next challenge. Eclipse has many PTFE blends, such as EZ032 and ET019, that are purposely meant for prolonged seal wear life.

Their fillers are aggressive in nature and are designed to work against specially hardened surfaces or coatings. A blend like this would certainly destroy the composite bore in short order.

Starting with the design, Eclipse has a standard seal ring offering designed for situations like this.

Eclipse’s EDS Piston Channel Seals are meant to retrofit on top of O-Rings in standard grooves without modifications. This provides a PTFE interface with the bore, and all the benefits that come along with this.

But in order to work with the O-Ring in the standard groove, the PTFE thickness must be very thin to avoid the potential for over-occupancy. The O-Ring compression, set by the hardware groove depth, is not meant to have the additional PTFE material contributing to the squeeze. Consequently, the web thicknesses of channel seals are typically only around 0.010.”

A Channel Seal is normally used in light duty applications where reducing friction is the primary objective. Eclipse knew the customer wouldn’t be happy with the marginally extended wear life of a Channel Seal, meaning it would be necessary to use a more traditional Piston Seal Ring. 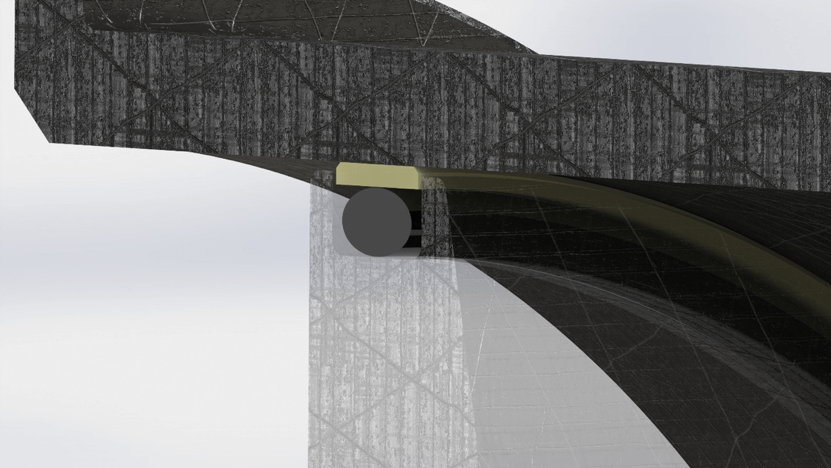 In order to facilitate a thicker seal ring, Eclipse chose to use an uncommon, yet available, metric O-Ring in the groove that was smaller in cross-section. There was a very fine balance between having a small enough O-Ring so sufficient seal material could be used, while not compromising stability in the groove.

An O-Ring that was too small would allow the possibility of the seal shifting improperly in the groove creating problems. An O-Ring that was too big wouldn’t permit enough seal material for long wear life. Eclipse managed to find the correct balance without needing a custom molded elastomer.

For the seal material selection, Eclipse chose it ET014: Polyimide filled PTFE. ET014 has become a staple at Eclipse Engineering for its powerful sealability and high wear resistance (without being abrasive to soft hardware).

Traditionally, blends like Graphite filled PTFE have been used in these situations, especially in air sealing. ET014 has many of the same characteristics without the graphite particle generation during operation. 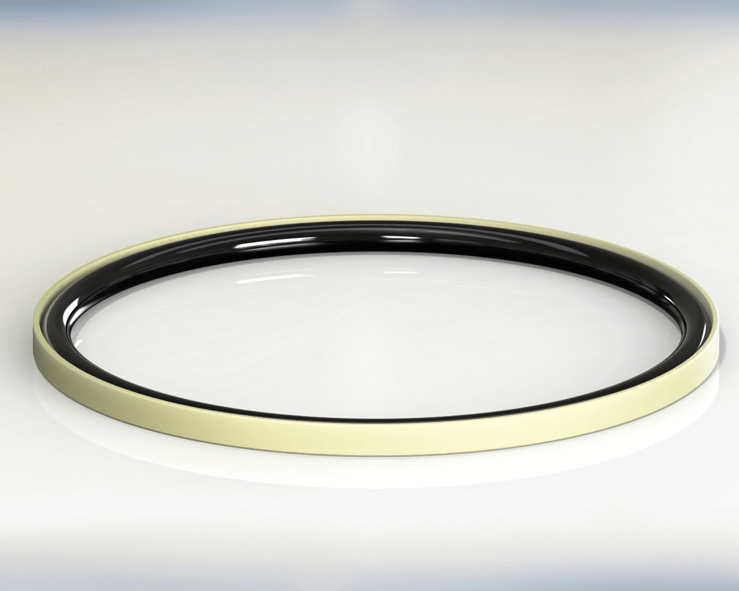 The customer started testing Eclipse’s piston seal ring design in the worst-case dry running condition. They were thrilled to find the seal still functioning sufficiently after over 3 million cycles.

With proper lubrication, the piston seal would now function for the entire intended life of the compressor. This is something the original O-Ring could not even come close to achieving. Ultimate integrity of the composite bore material would now be the limiting factor in the service life of the system.

Eclipse accomplished this all while utilizing the current hardware only intended for an O-Ring. The customer could therefore significantly improve the current compressor performance with minimal investment since no major molding or structural components needed to be changed.

Dry running capability and massively increased service/maintenance intervals presented the customer with a competitive advantage and increased marketability of their product.